The birth of Richard Christopher Carrington took place on May 26, 1826. He was an English astronomer, who was crowned by his peers as the Sun King, for his work that led to today’s solar science and that “space weather” can affect our lives on this planet. He achieved much despite suffering personal tragedies.

Carrington was the first to map the sunspot rotation and in doing so, to recognize that the Sun didn’t rotate as a solid ball. By observing sunspots at different latitudes, he saw those nearer the equator were being swept around the Sun three days faster than those at higher latitudes. This is known as differential rotation and something only a gaseous object does.

On September 2nd, 1859, the entire Earth was engulfed in a gigantic cloud of seething gas, and a blood-red aurora erupted across the planet from the poles to the tropics. Around the world, telegraph systems crashed, machines burst into flames, and electric shocks rendered operators unconscious. The day before, on September 1st, Carrington was the first human being to record the observation of a solar flare event. He and others to follow would later make the connection that these flares produced auroras and geomagnetic storms on Earth.

He was not to live more than 50 years due to a twisted triangle affair involving his rather new bride and her estranged lover. It was in 1868, while visiting London, that he met a beautiful young woman named Rosa Helen Rodway. Though she wasn’t very educated and a complete stranger, he courted her and they married the following summer.

It turns out Rosa had already been living with someone, William Rodway, who she claimed was her brother. Both thought they could live off the spoils of Carrington’s fortune. But on August 19th, 1871, jealously ensued as William tried to kill Rosa with a knife but after a struggle and a great loss of blood, she miraculously survived.

William was carted off to prison after a long and painful trial for the Carringtons. Rosa had been left traumatized and was prescribed the sedative chloral of hydrate. But on the morning of November 17th, 1875, Mrs. Carrington was found dead in her bed, as it seemed, through an overdose of chloral. Her death weighed heavily on her husband’s spirits.

He was found dead some ten days later at his home. His death, though suspect and likely to be suicide, was attributed to natural causes. 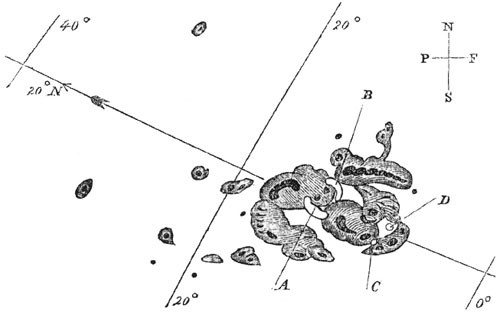