You may review all Steven’s work via his Flickr and Astrobin accounts.

I woke up at 2:15 AM on December 7th and headed to Custer Institute and Observatory in Southold, NY (there are too many trees to the East at home). I set up to the Southeast corner of the sheds, in an attempt to block the strong, cold Northwest wind. It was almost completely overcast.  So I waited.

Around 4:55 AM a small hole in the clouds developed around the comet and lasted 50 minutes.  That was all I needed to capture Comet C/2021 A1 Leonard and its very long tail: 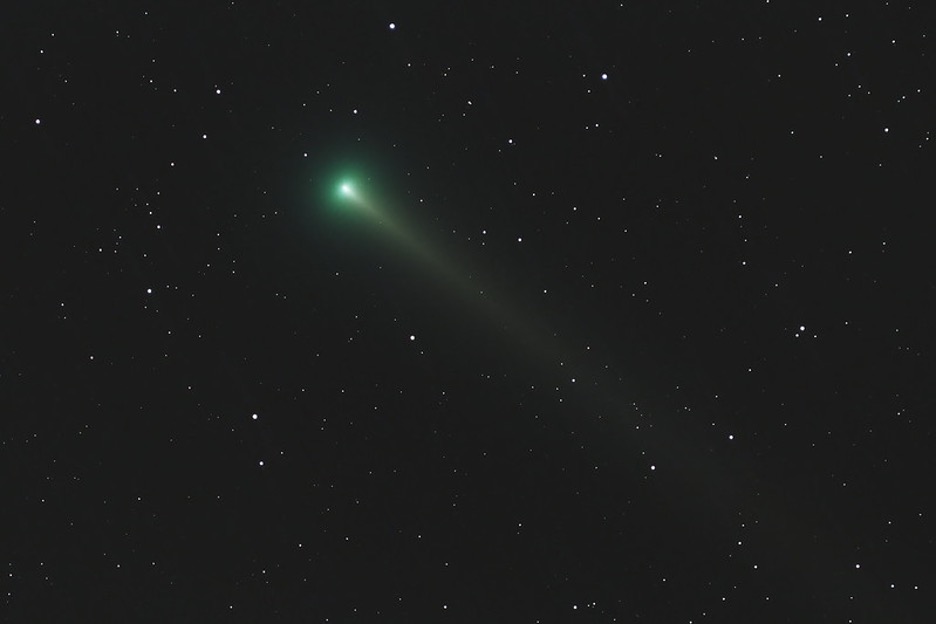 I was also able to see the comet and a small portion of the tail, pointing up away from where the sun would soon rise, through my 15×70 Celestron SkyMaster-Pro binoculars.

I made a simple time lapse of Comet C/2021 A1 Leonard, including passing clouds, satellites, and a meteor.  I left it all in, with no editing.  Not my best work, but it is still fun to watch how fast this comet moves across the background stars. And the speed of the comet makes presenting a “frozen” image (that is, both the comet and the stars not streaking), an interesting task.

Moving faster can actually help, as you can reject pixels, through statistical stacking, the same way you would “remove” a satellite or airplane from a set of individual images. This is the comet “frozen” and the stars streaking, which reveals the long tail a little better than the previous image, where both the stars and comet are frozen. 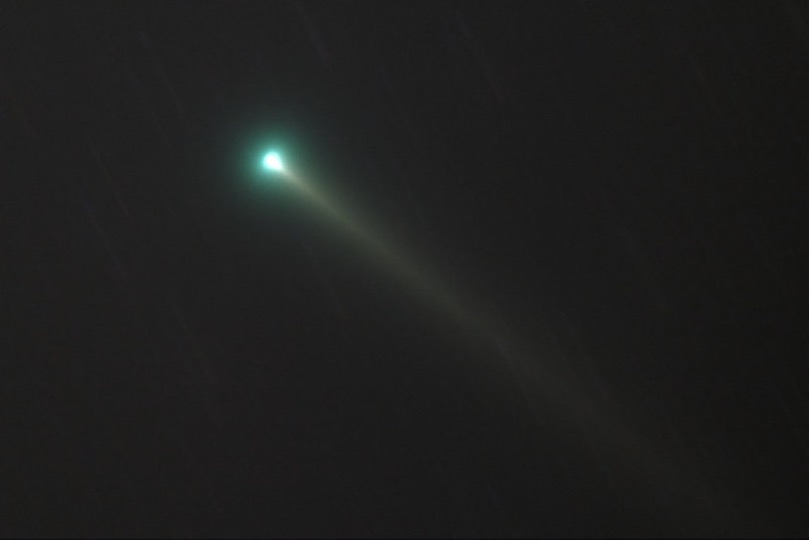 You might be able to see the tail better in the monochrome reverse-color image: 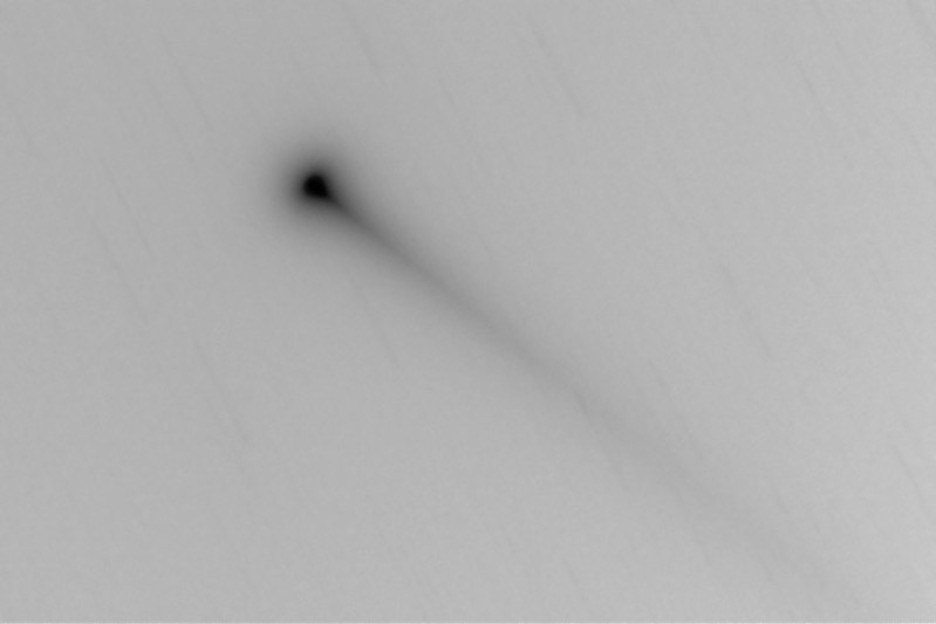