For the lunar eclipse last month, I decided to go to Arizona for a better chance at a clear sky. Yes, I know, much of the NYC area had clear skies, but it was a close call. It didn’t work out quite as I expected for me either, but overall, it was a great trip. I have a friend who lives in Scottsdale and with whom I partnered for the adventure. We picked Vermilion Cliffs N.M. (National Monument) for the location. It’s a beautiful area next to the Colorado River where it emerges crystal clear from the Lake Powell dam. We spent two days looking for the best location and took time-lapse pictures of sunsets, moonrises, sunrises. 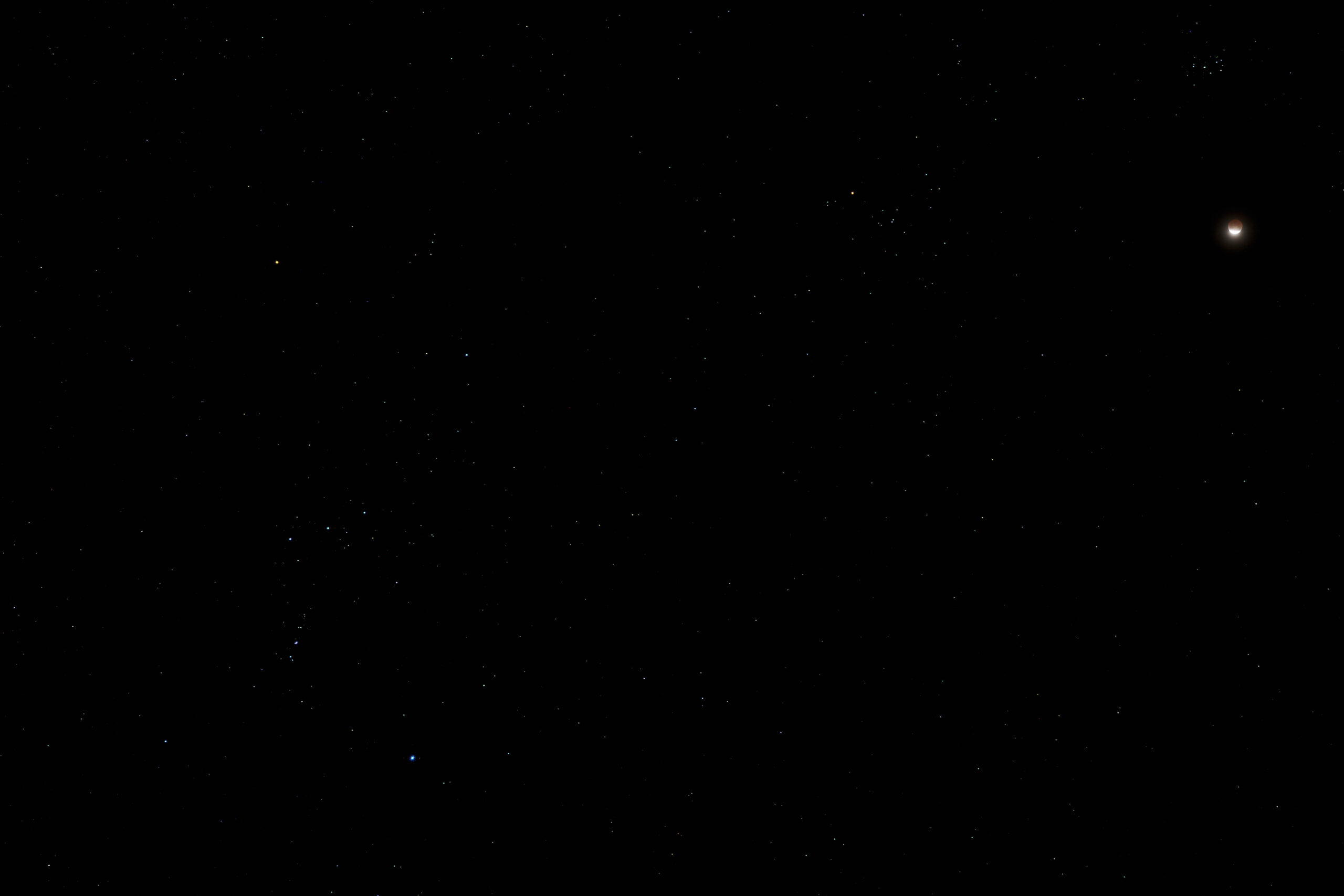 We had incredibly clear skies all the time, but weather for eclipse time was not ideal, high clouds and perhaps middle clouds were forecasted. It looked better going south, so as we saw high clouds moving it at the last minute we packed and moved to “plan B” location, the Sunset Crater Volcano N.M., 30 minutes north of Flagstaff. On the way down we kept looking at the moon. There were clouds, but they were thin, and the moon was shining through brightly. I was wondering if we will be able to see the stars. We got to the location around 11pm, a lookout with a volcano view. The temperature was 27F. I set up my three cameras with different lenses: 14mm, 35mm and my TPO 40mm scope with FL 180mm. I had this last one on a tracker. My friend used a Tamron zoom 70-180mm (F/2.8). 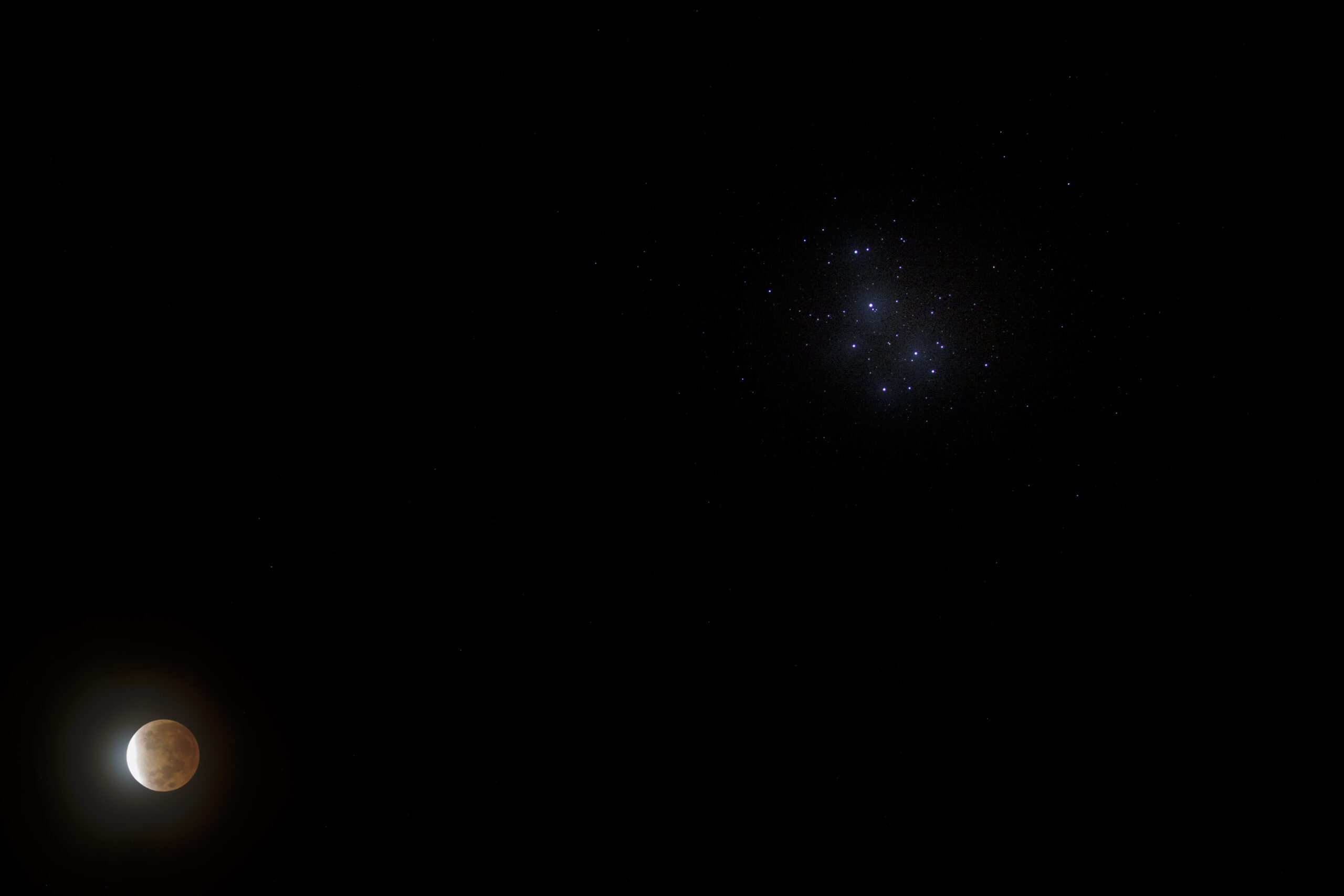 This eclipse was difficult to capture as a landscape photograph for a couple of reasons (logistics aside). The moon was very high in the sky at over 70 degrees at the start, so including any foreground required a very wide-angle lens, which also meant the moon would be really tiny. And second, the moon’s brightness overwhelmed everything else. That was true even for when it was max eclipsed at 97%. Still, some things came out OK, even if not quite what I wanted. I think the best shot is the one with the eclipsed moon and the Pleiades. It’s actually a short time-lapse taken with the camera on the tracker. You can almost see the moon getting closer to the Pleiades. And another shot I like is the one almost at the end with the moon floating through a veil of thin clouds producing a halo, while you can still see the stars, Orion especially, dimming out as the moon gets brighter. Of course, the moon, even partially eclipsed, is so bright that it appears as a blob. 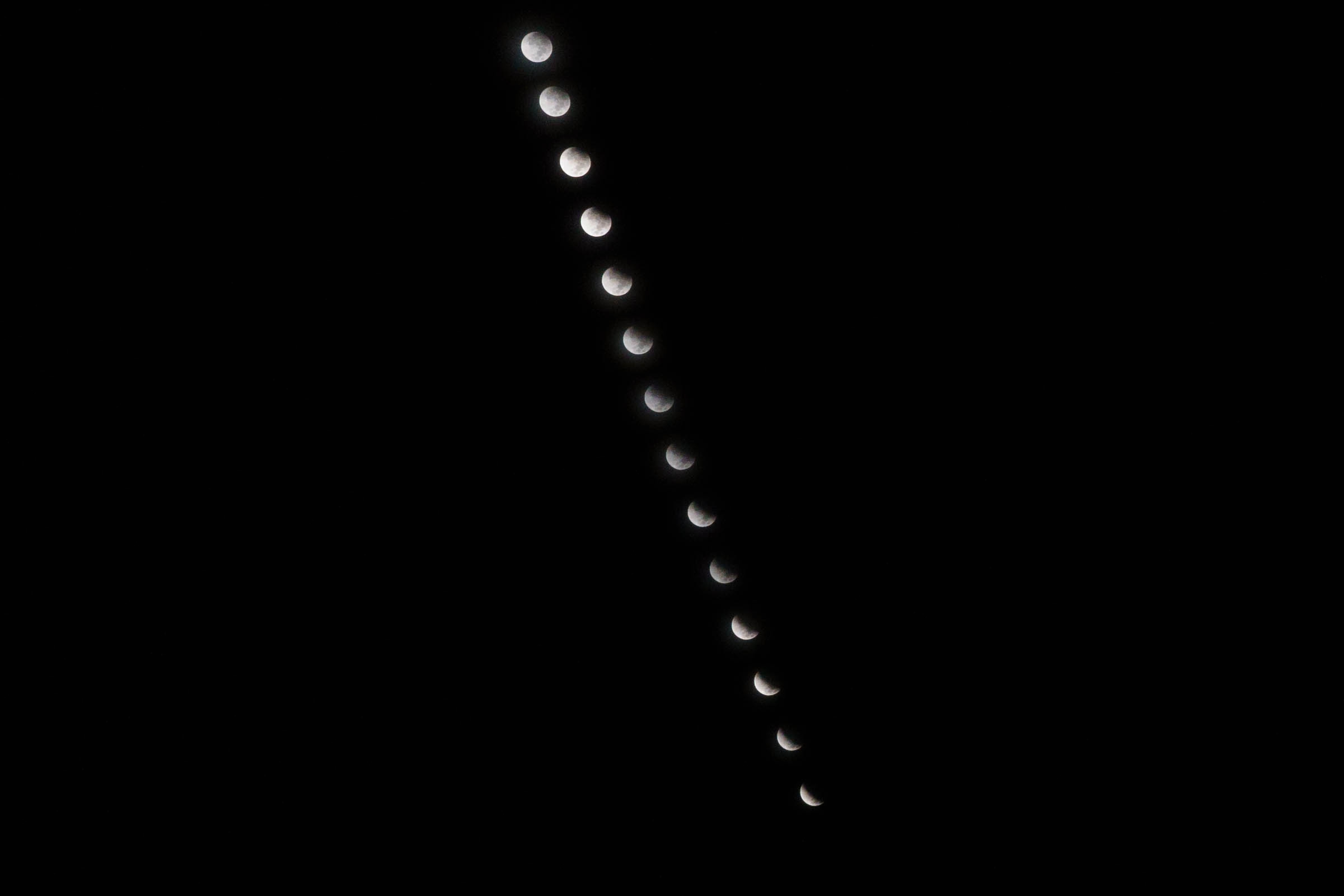