An event every week that begins at 7:00 PM on Wednesday, repeating until December 8, 2021

An introduction to astronomy and the Solar System. Hierarchy and motions of objects in space. Distance measurements. Thumbnail sketch of history and physics of astronomy. Details of the Solar System: sun, moon, planets, asteroids, meteors, comets. Seasons and tides on Earth. Recommended for new AAA members and interested friends/family, and as a review for continuing members who want to take our more specialized classes also. Stellarium computer simulations will be used to illustrate selected topics.

Online course via Zoom, Wednesdays, 7 PM, Nov.-Dec. 2021
Registrants receive web links to the Zoom “meetings” and the Google Classroom (GC) which is used for downloads and messaging.

November 10: Planets
Definition and overview of the planets. Orrery. Retrograde motion. Major and dwarf planets. The ecliptic and nebular hypothesis. The Zodiac. Thumbnail sketches of the major planets for independent study. 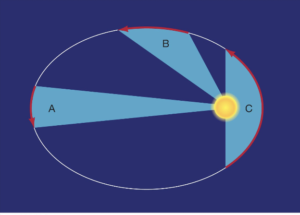 December 22: The sun, our nearby star
Nuclear fusion- the sun’s energy source. Structure of sun and stars. Their delicate hydrostatic equilibrium.
The milky way, Milky Way Galaxy, and four types of nebulae in our night sky.  Previews some topics explored in Astronomy 102.

Instructors: David Kiefer holds various Masters degrees, including a M.S. in astronomy from the Center for Astrophysics and Supercomputing in Melbourne, Australia. He has taught physics and astronomy at colleges in New York and New Jersey, and is presently a lecturer at Brooklyn College. A member of the AAA, Mr. Kiefer observes at Floyd Bennett Field in Brooklyn and at upstate sites. He also teaches AAA Classes and is Chairman of the Classes Committee.

Starting Thursday, Feb. 10, 2022: a sequel to this class.
Astronomy 102: Stars, Galaxies, Cosmos. On objects and events beyond the Solar System