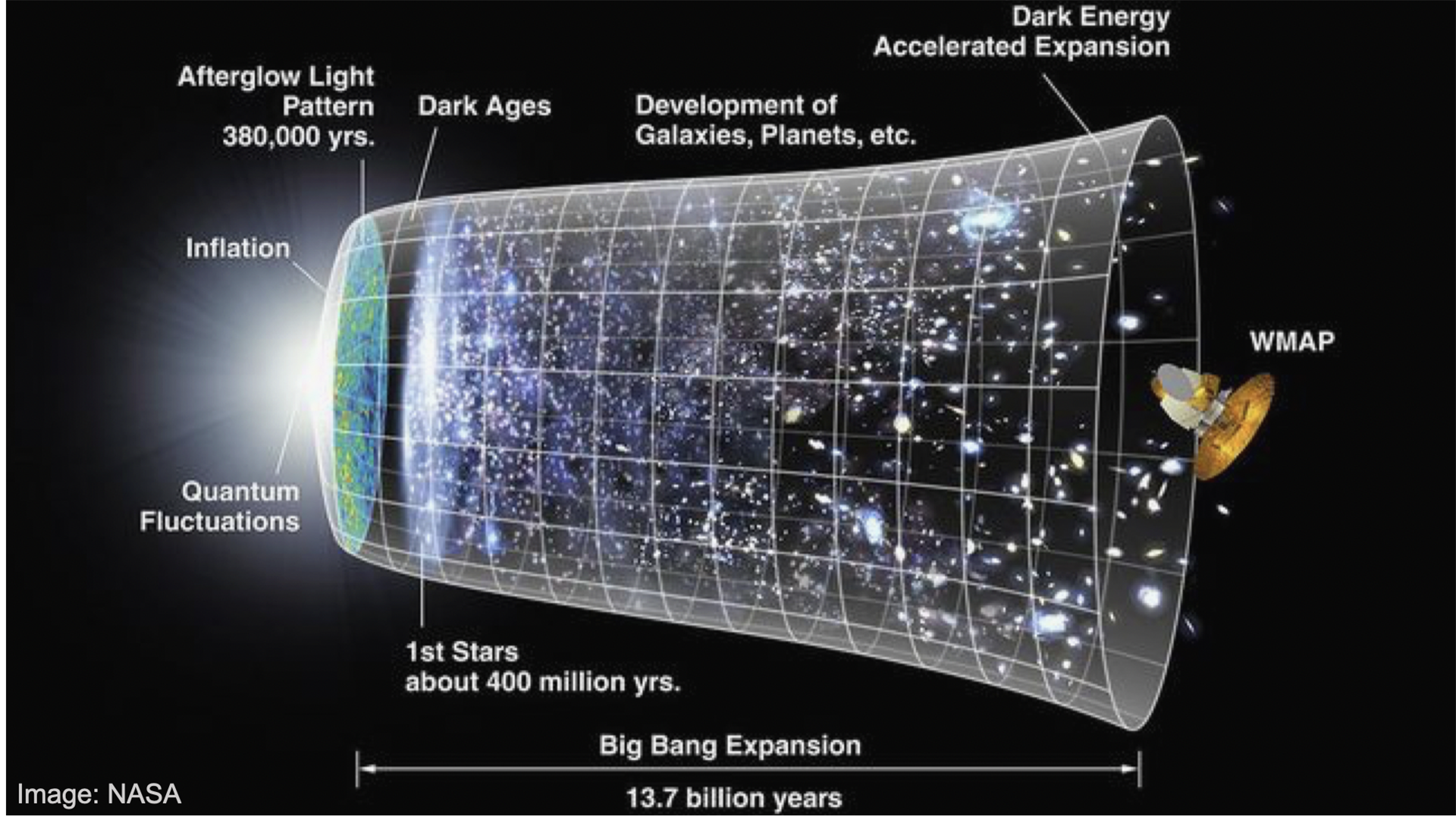 Cosmology asks the big questions of astronomy. Out of what did the universe arise, when, how? What is the present state of the universe and what will it be like in the far distant future? How are time, space, and gravity linked? What are the leading mysteries of astronomy today?

A sequel, “Cosmology 102: Advanced Issues”, starts June 30 for which this “101” material is foundational. Details in early June.

May 12: The Big Bang Theory

Waves, spectra, Doppler effect, redshift values, z. Velocity from z both without and with relativity. Look back time and present distances. Estimate of universe’s radius, which doubles every 10 billion years.

Olber’s paradox. Alien life and the Drake equation. Finding exoplanets. Why does the world exist?  E=mc2 works both ways. Nucleosynthesis of the elements, ultimate forces and structure of matter. Multiverses?

Location: Classes will be online using Zoom. Sign-in with an ID code given to you the weekend before the first day of class. Class recordings available during the course and for 4 weeks after.