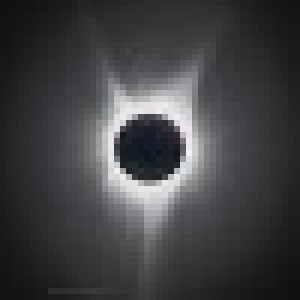 There Was a Blood Moon On The Rise

The recent lunar eclipse of January 20-21st, 2019 was turning out to be a catch 22 situation in New York City. It would either be below freezing, cloudy with no wind, and thus no visible Moon, or windy with passing clouds that open ‘sucker holes,’ i.e., intermittent clear skies with an Arctic blast due to the wind chill—but it would be possible to image the eclipse. Thankfully, and somewhat painfully, it turned out to be the latter.

This lunar eclipse would be the first total eclipse I attempted to photograph. The previous total lunar eclipse in NYC was under more forgiving conditions on September 27-28th, 2015, but my interest in photography had not emerged at the time. It would a year later. So, a couple of weeks in advance, as the first step in planning for the eclipse, I simulated the elevation of the Moon using Stellarium, a free planetarium software program. At the time of the total eclipse phase, the Moon was going to be really high in the sky, about 70 degrees at maximum eclipse phase (90 degrees being straight overhead). On the East Coast the partial eclipse would commence at 10:33pm with the total phase, the Blood Moon phase, beginning about 11:41pm and lasting for about an hour. A few days before the eclipse, snow was forecasted for January 20th, so expectations were quite low.  But as luck would have it, the full Moon of January rose with some clouds on the horizon, and the sky opened up soon after. This was also a supermoon, technically described as perigee-syzygy of the Earth-Moon-Sun system. Perigee is when the Moon comes closest to the Earth in its elliptical orbit. With the Moon being closer to the Earth, it appears slightly brighter and larger than a normal full Moon, although this difference in apparent diameter is not noticeable to the naked eye, but, hey, supermoon is catchy (a term likely astrological in origin), so it stuck.

My ambitious plans for a location ranged from flying out to the Midwest, to driving upstate in New York to get some composition for a wide-angle shot. However, after all was said and done, I found myself in a rather familiar place, my rooftop. Yup, the balmy -11 degree C (12 degrees F) wind chill because of 25 mile per hour wind gusts could only be balanced by my coffeemaker on overdrive. I set up my Sony A7R3 with a Tamron 150-600mm f/5 – f/6.3 G2 zoom lens (with a Sony LAEA3 A to E mount converter), auto-focused on the Moon, and took a few test shots. Camera settings registered on manual mode: ISO 320, 600mm, f/10, 1/400th sec shutter speed. Perfect. I was set for manually tracking the Moon as it entered the Earth’s shadow, and sure enough, at about 10:40pm I could see the darkening of the Moon surface at about the 8 o’clock position. The full Moon is quite bright, and I could see my shadow clearly as it followed me around, standing, walking, crouching, doing jumping jacks to keep myself warm. Someone looking down at my rooftop would think I was a lunatic (humorous timing) or training for the Ironman, neither of which would be true. But there was an eclipse underway, and I was determined to capture it.

Sometime after the initial phase of the eclipse, there was a short series of wind gusts out of nowhere that made me nervous about the setup, so I relocated near the cabin that’s an extension of the elevator shaft to provide a break in the wind at least in one direction. By now the Moon was visibly half eclipsed and appeared like a quarter Moon; my camera settings did not change. From 11:23pm onwards sporadic clouds started to come over the horizon from the west-southwest, and the Moon looked like a crescent. The camera was pointing nearly straight up, so I checked and double-checked the zoom lock to make sure there was no drift, then auto-focused on the illuminated part of the Moon one last time; there was no putzing around for at least the next hour after this. Finally, I changed the shutter speed to 1/200th sec and bumped up the ISO to 800.

The beginning of the total phase of the eclipse was cloud free, and my shadow was lost in the dark flooring of the rooftop. This was a dramatic change indeed. Visibly the Moon appeared a darkened pale hue of red, and I had my exposure setup at ISO 3,200, f/8.0, with variable shutter speeds from 0.4 sec to 1 sec. In camera with a white balance set at 4,600 the colors were amazing: red, orange, and even a hint of purple with some blue. But this is where it got tricky with these borderline long(ish) exposures. At a 600mm focal length even a slight vibration caused by the wind blurred the object considerably. Perhaps this was exaggerated by being on a rooftop. I could see this project becoming a flop show pretty quickly.  So amidst the slowly setting brain freeze and lack of sensation in the hands, I decided to do ‘lucky imaging,’ i.e., switch to continuous shooting and lock the shutter release button on the intervalometer… and fingers crossed, with this brute force approach some shots would have to come out acceptably sharp. Time to grab that coffee.

Meanwhile, the ebb and flow of the clouds passing the eclipsed Moon continued. What truly amazed me was seeing the stars in the sky that became visible in New York City – the city that serves as a textbook definition of light pollution that hinders our view of the night sky – and during a full Moon phase no less. Remarkably, even cell phone shots showed stars peppered around the blood Moon.

As the Moon exited the umbra (the darkest part of the Earth’s shadow), the shadows on the ground soon came alive, and I reverted to the exposures as I had done for the previous stages. By 3:00 am the Full Wolf Moon of January (as known by Native Americans) again dominated the night sky. Somewhere wolves probably howled at this reappearance; I could only have murmured some incoherent sounds even if I tried. I was just glad to pack up my stuff and head down to the warmth of my home with a smile on my face.