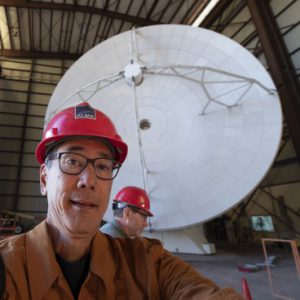 I’ve put together a list of astronomical events happening in 2021 that would make interesting photographs, for the astrophotographers in the club. Most are also listed in guides to the night sky geared towards observing. Many of these are conjunctions of planets or planets and the Moon that often make for good pictures. Planets and the Moon are easily seen from the light-polluted sky over the New York City region, so they are easy targets for your camera.

All these are subject to a clear sky. Most of the alignments/conjunctions happen over a period of several days, so if the weather doesn’t cooperate on the given days, go out before or after the listed days.

I’ve also looked up the moonrise time for the day before the Full Moon, which often rises just before the Sun sets on that day, allowing you to get the cityscape or landscape illuminated well as the Moon comes up.

Look on your planetarium app or Stellarium for more details on which direction to face and the timing for your area.

In February, Jupiter and Saturn move to the pre-dawn sky and join Venus in a grouping on the 10th, 11th and 12th. If the air is clear and twilight not too bright, Mercury may show up in binoculars and in photographs. On the 10th, a 2% crescent Moon just clears the horizon as the sky brightens. A short telephoto zoom (70-200 millimeters for a full frame camera) should get the three planets and the Moon. Zoom wider to get Mercury. After the 19th, Jupiter, Mercury and Saturn put on a show early in the morning. That same zoom will work. On the 26th will be a nice nearly full moonrise as the sun is setting. Any buildings should be lit by the setting Sun as the Moon rises, allowing you to get foreground details in the photo. Any lens will work for this picture. Wide angle or telephoto cityscapes with the Moon are nice.

In March, the Jupiter-Mercury-Saturn trio continues in the pre-dawn sky. They rise earlier than in February so the sky will be darker and the planets may be easier to photograph. The short telephoto lens will still be good. In the evening sky, Mars is approaching Aldebaran and Betelgeuse from the 1st. On March 4th, the three red/orange bright objects should be in a straight line, about 65 degrees apart. You’ll need a wide angle lens to get all three object in one picture, at least a 24 mm on a full frame camera. Aldebaran and Betelgeuse are easily seen from NYC. Jupiter and Mercury are only 21’ apart on the morning of March 5th, but are very close a few days before and after. Try a telephoto lens to get some city buildings with the pair. From the 9th, a Waning Crescent Moon approaches Saturn, Jupiter and Mercury before sunrise. A thinner crescent is near Jupiter and Mercury on the 10th, and on the 11th the Moon helps create an open arch including the three planets. The short telephoto zoom will get the four objects in one picture over these three days. Zoom in on Jupiter, Mercury and the Moon on the 10th, zoom out when they are farther apart.

Here are listings for the next two months:

4 – Mars-Aldebaran-Betelgeuse in a line about 65 deg apart at night, good a few days before and after. 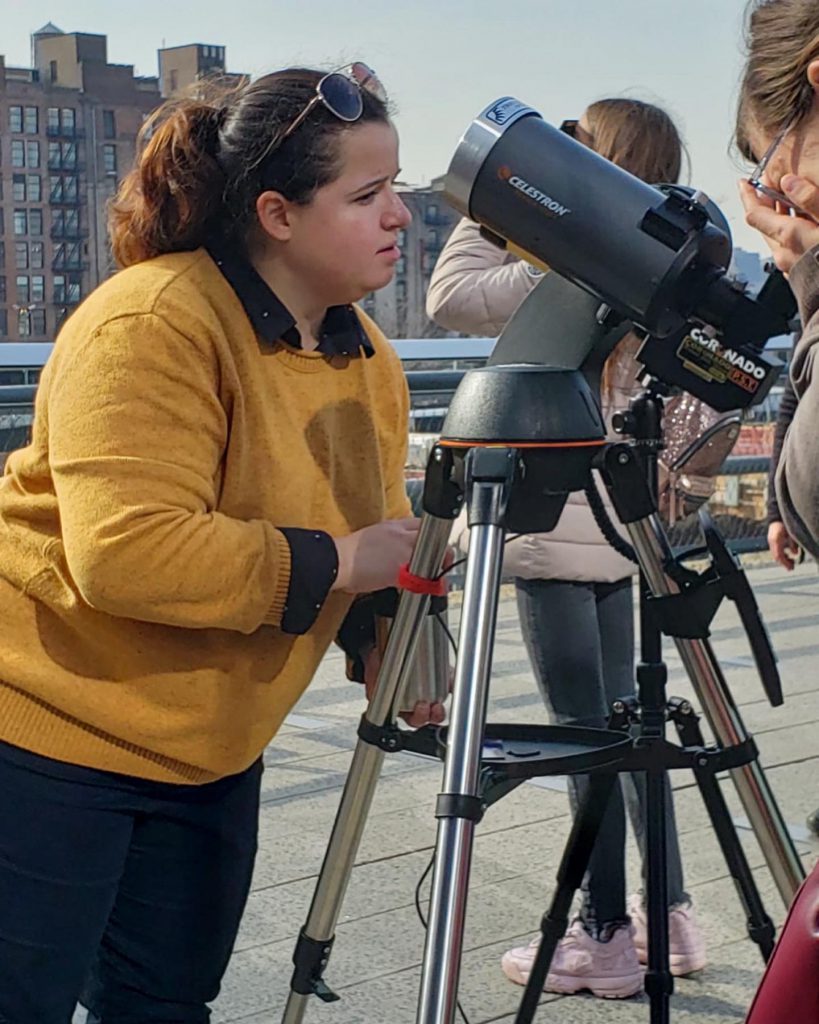 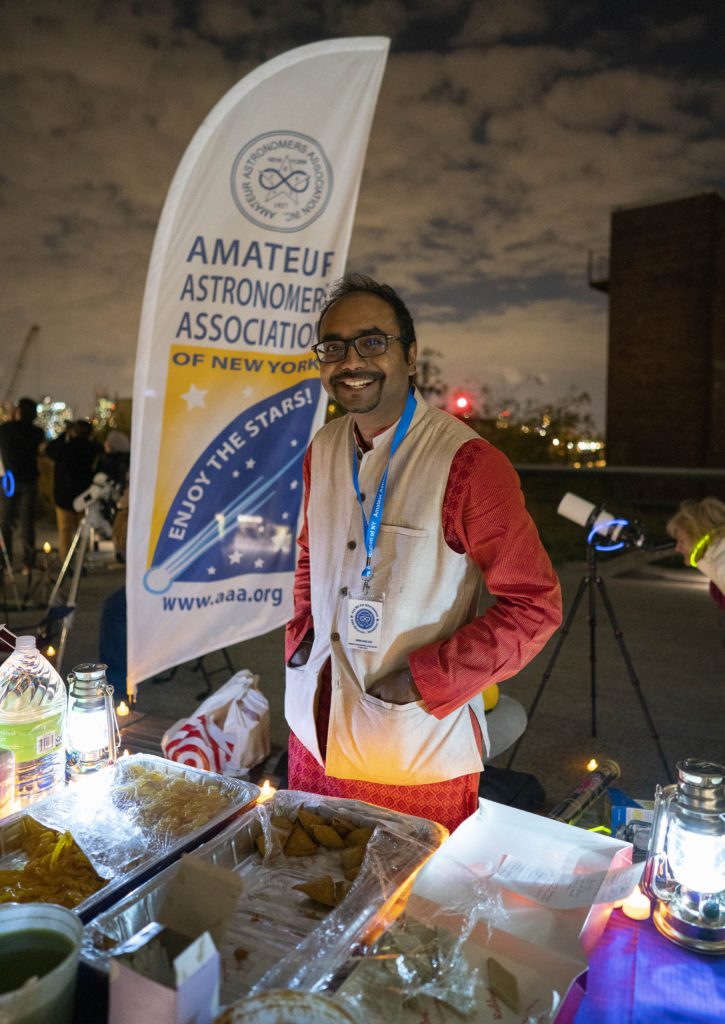 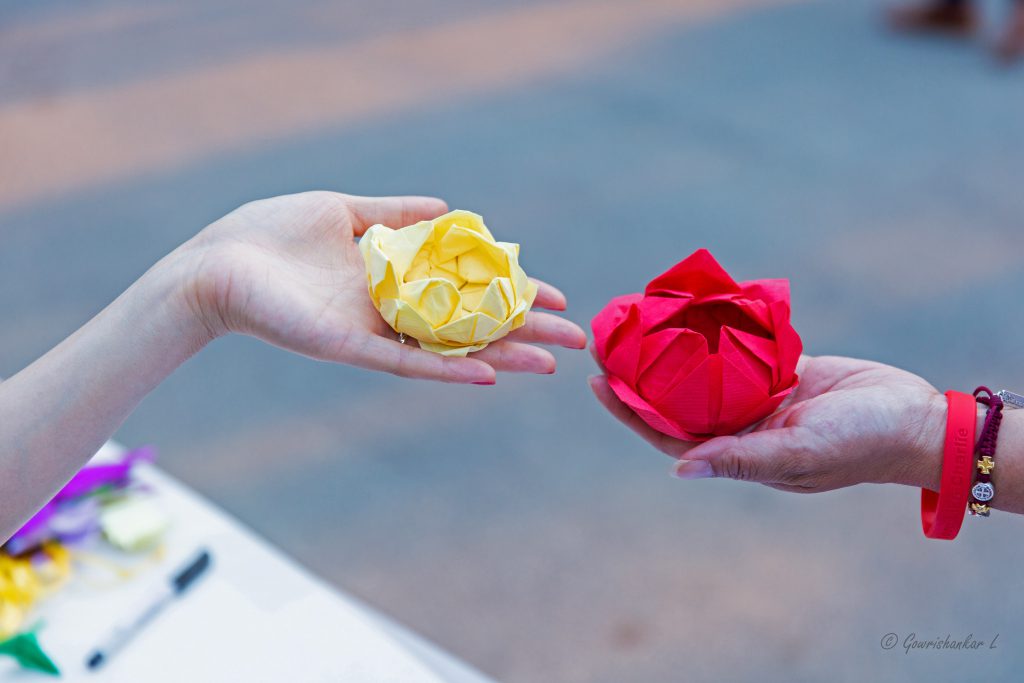 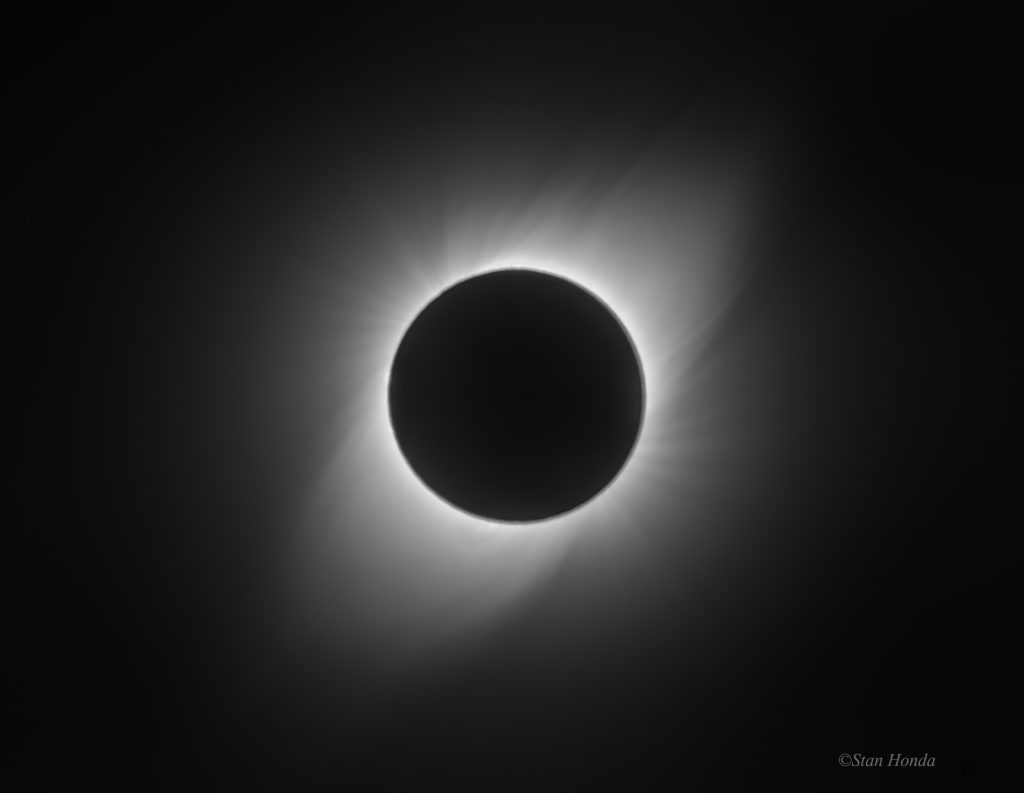 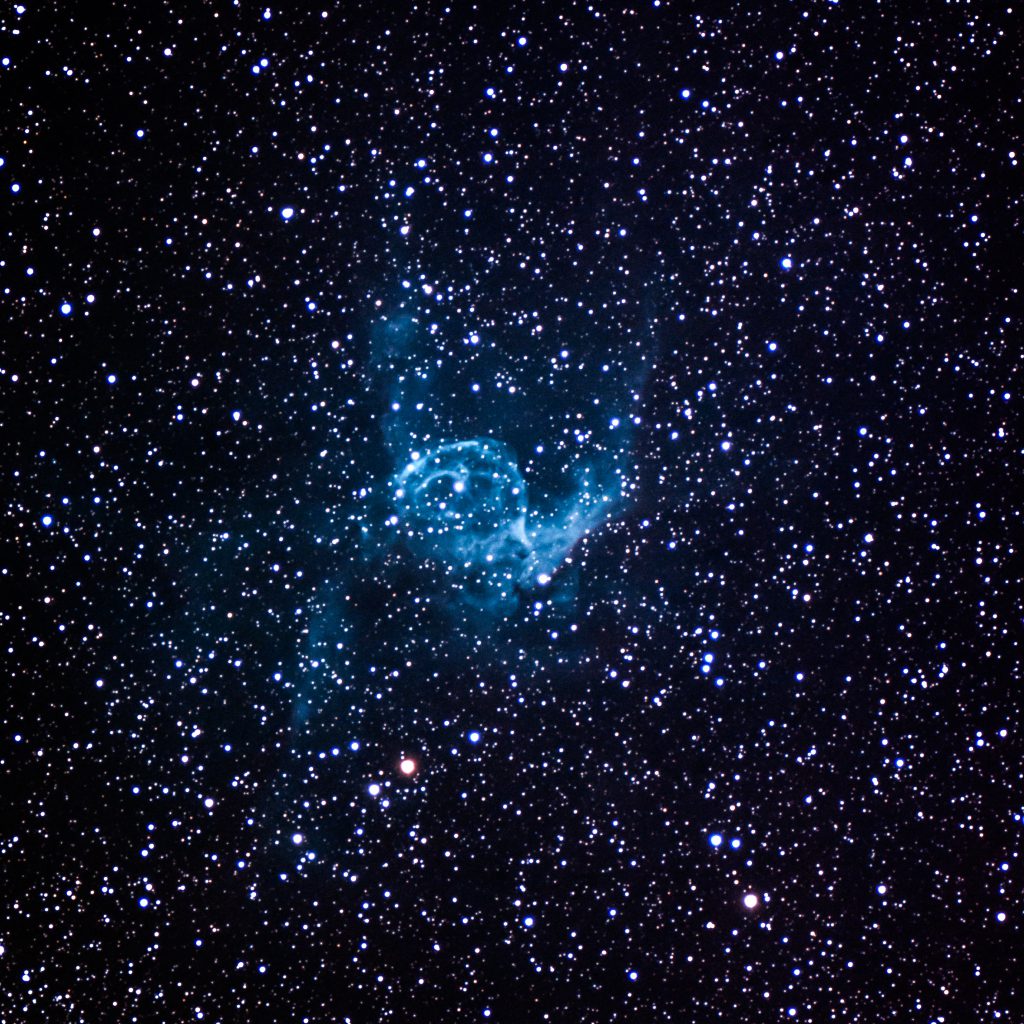 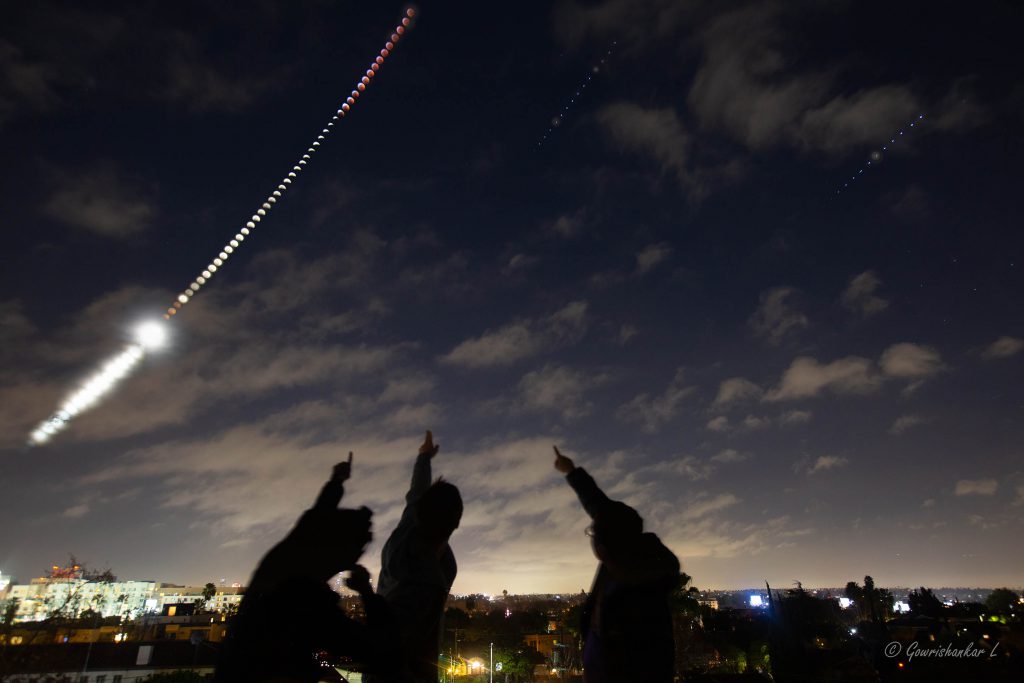 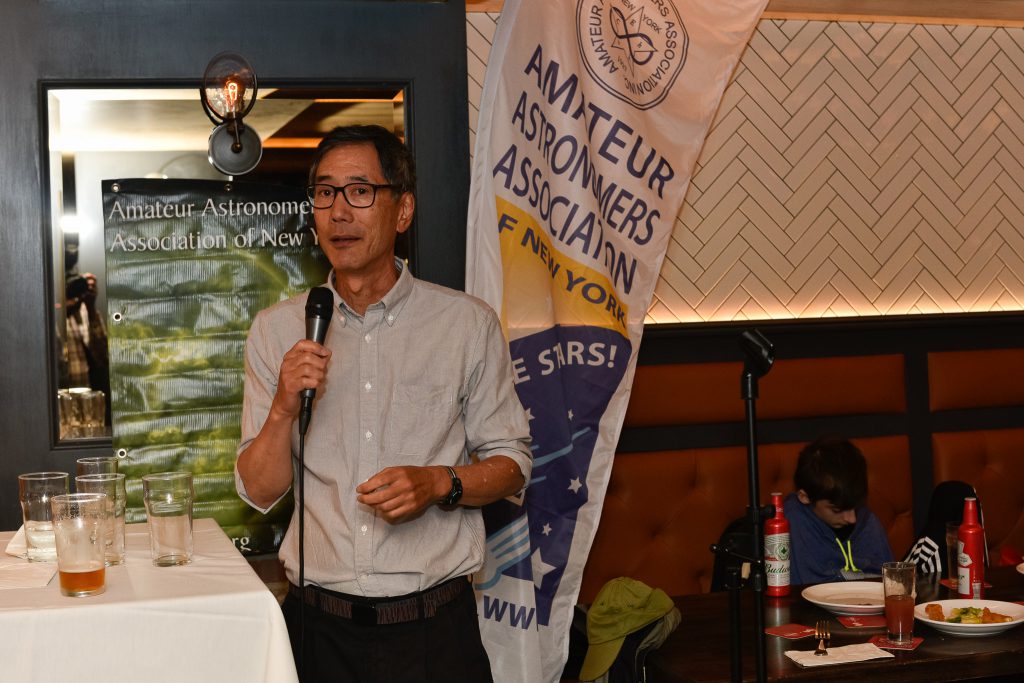