‘Twas the night before Christmas at the end of a not so silent year, in 1968. On the evening of December 24th, Apollo 8 became the first manned spacecraft to leave Earth and reach its neighbor, the Moon. Four years to the month later, humankind made its last trip from the Earth to the Moon. In between that time, six missions landed on the Moon and twelve men walked upon its surface.

The final manned Moon mission, 31 years to the day after the Pearl Harbor attack, the spacecraft Apollo 17 took off into the night. I remember on television on a school night (after midnight), the rocket being boosted into space by the massive Saturn V engines, flames lighting up the Florida coast. 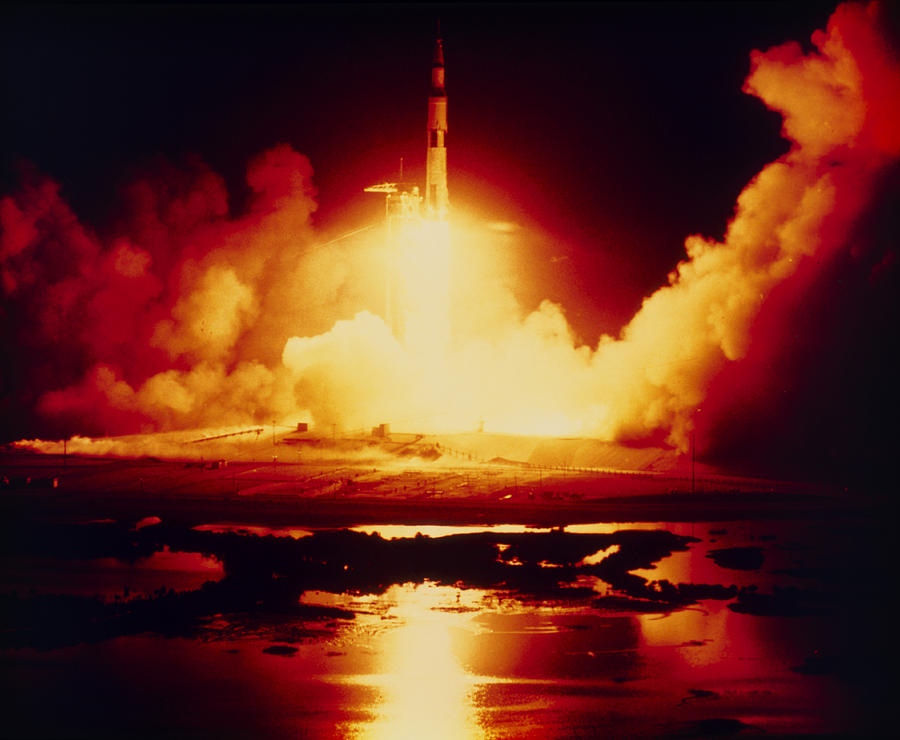 Commander Gene Cernan and Lunar Module (LM) Pilot Harrison Schmitt would be the Moon Walkers, while Command Module Pilot Ronald Evans orbited above. Schmitt was the only professional geologist and civilian to land on the Moon, stressing the emphasis and importance of science for this final mission.

Cernan, of the United States Navy rose to the rank of Captain. He had been selected in the third group of astronauts in 1963. He flew as Pilot on Gemini 9 flight in 1966 and as Lunar Module Pilot of Apollo 10 in 1969 before his service on Apollo 14’s backup crew. Evans was selected from the fifth group of recruits in 1966.

Approximately 500,000 people observed the launch in the vicinity of Kennedy Space Center. The launch was visible as far away as 500 miles, and as far as Miami, Florida. First man astronaut Neil Armstrong was in attendance for the final launch of the program.

I remember it well, the excitement of the astronauts when they came upon orange soil that proved to be volcanic in origin. Scientist at Mission control were excited too. Analysis found its origin was not from a volcanic vent, but the orange soil is a remnant of a “fire fountain.” This fountain sprayed molten lava high into the lunar sky in the Moon’s early days, some 3.5 billion years ago. The orange volcanic beads were droplets of molten lava from the fountain that solidified and were buried by lava deposits until exposed by the impact that formed the crater Shorty, some 20 million years ago, where it was found.

As the last man on the Moon, Cernan uttered these final words from its surface: “I’m on the surface and, as I take man’s last step from the surface, back home for some time to come – but we believe not too long into the future – I’d like to just [say] what I believe history will record. That America’s challenge of today has forged man’s destiny of tomorrow. And, as we leave the Moon at Taurus–Littrow, we leave as we came and, God willing, as we shall return, with peace and hope for all mankind. Godspeed [to] the crew of Apollo 17.” 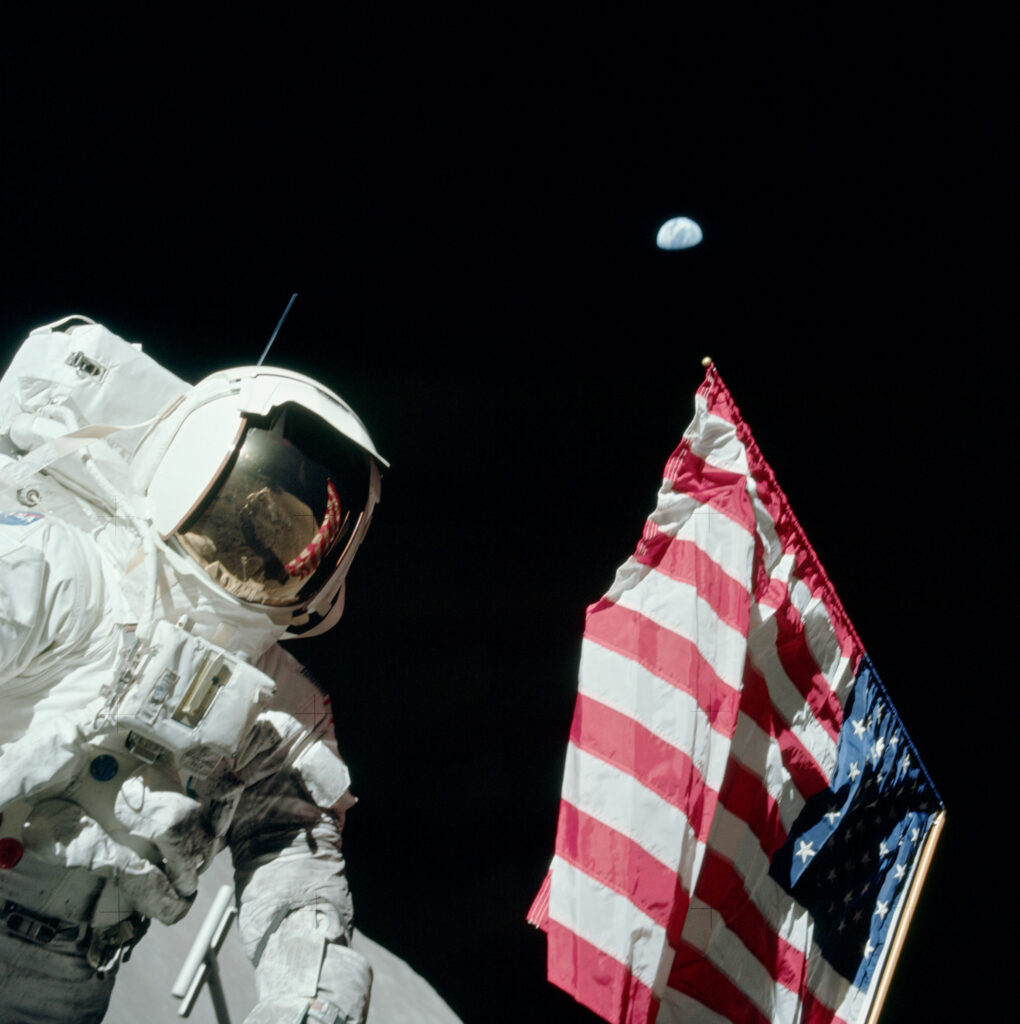 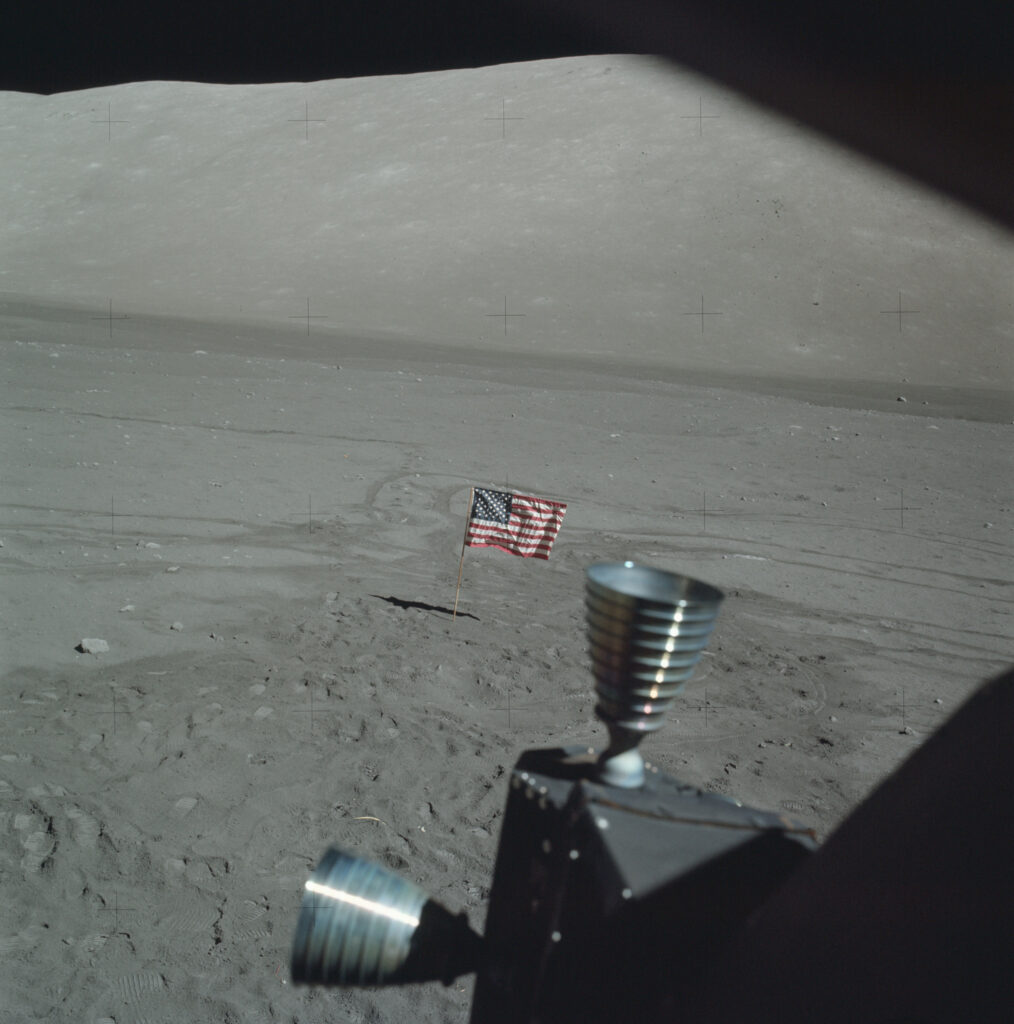 But was this to be the last human crew to the Moon? Perhaps not. Artemis I stood on the launch pad until November 16, 2022, when after several delays its engines ignited and lifted off on its unmanned trip around the Moon.

Its night flight was reminiscent of Apollo 17’s night launch. The uncrewed Orion spacecraft would spend three weeks in space and 6.5 days in lunar retrograde orbit.

If successful, the Artemis Program will re-establish a human presence on the Moon for the first time since the end of the Apollo 17 mission in 1972. Orion’s anticipated splash down return will be on December 11th, 50 years to the day Apollo 17 landed on the moon, mystically connecting the old and new missions in a loop in time. 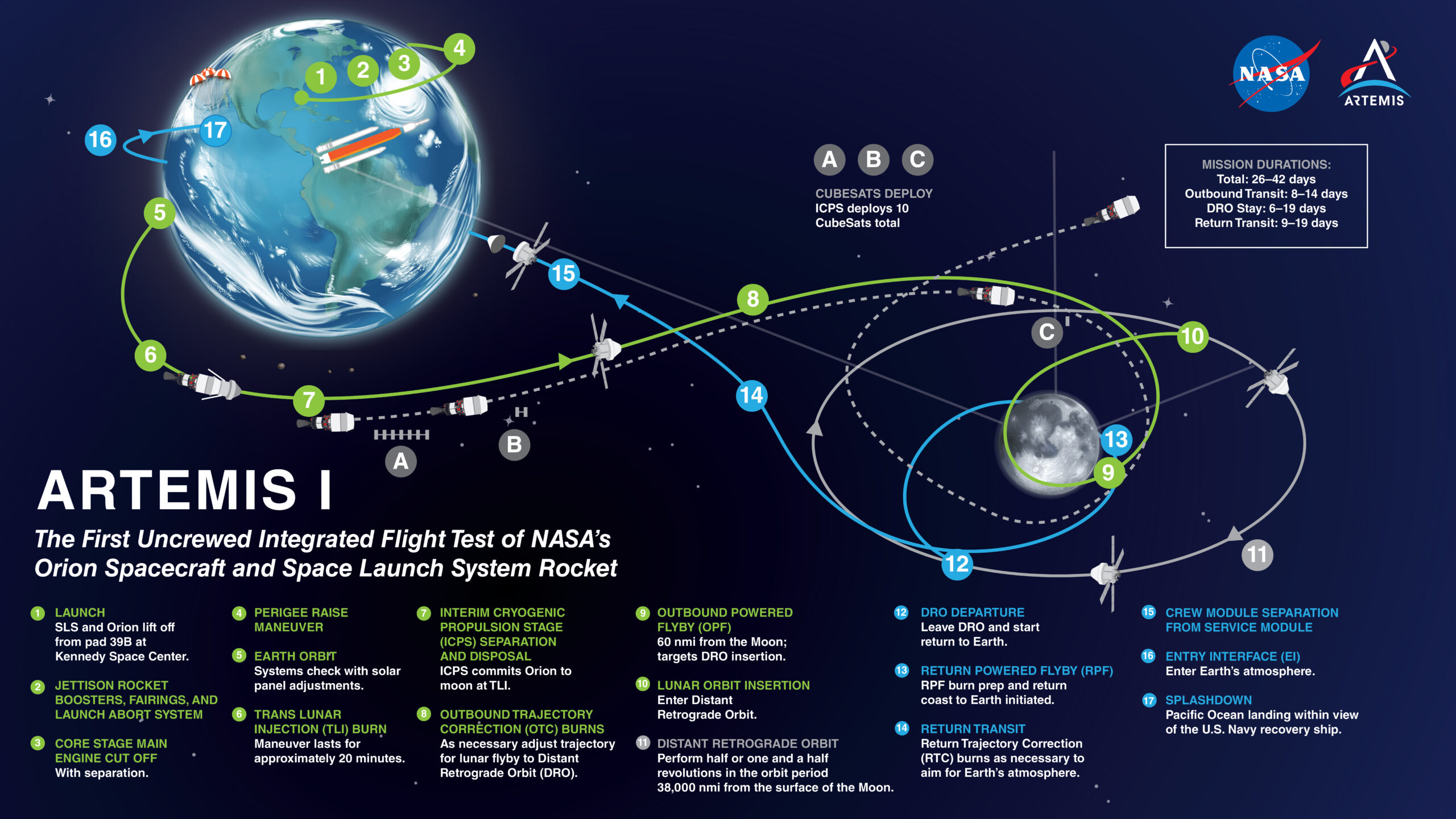 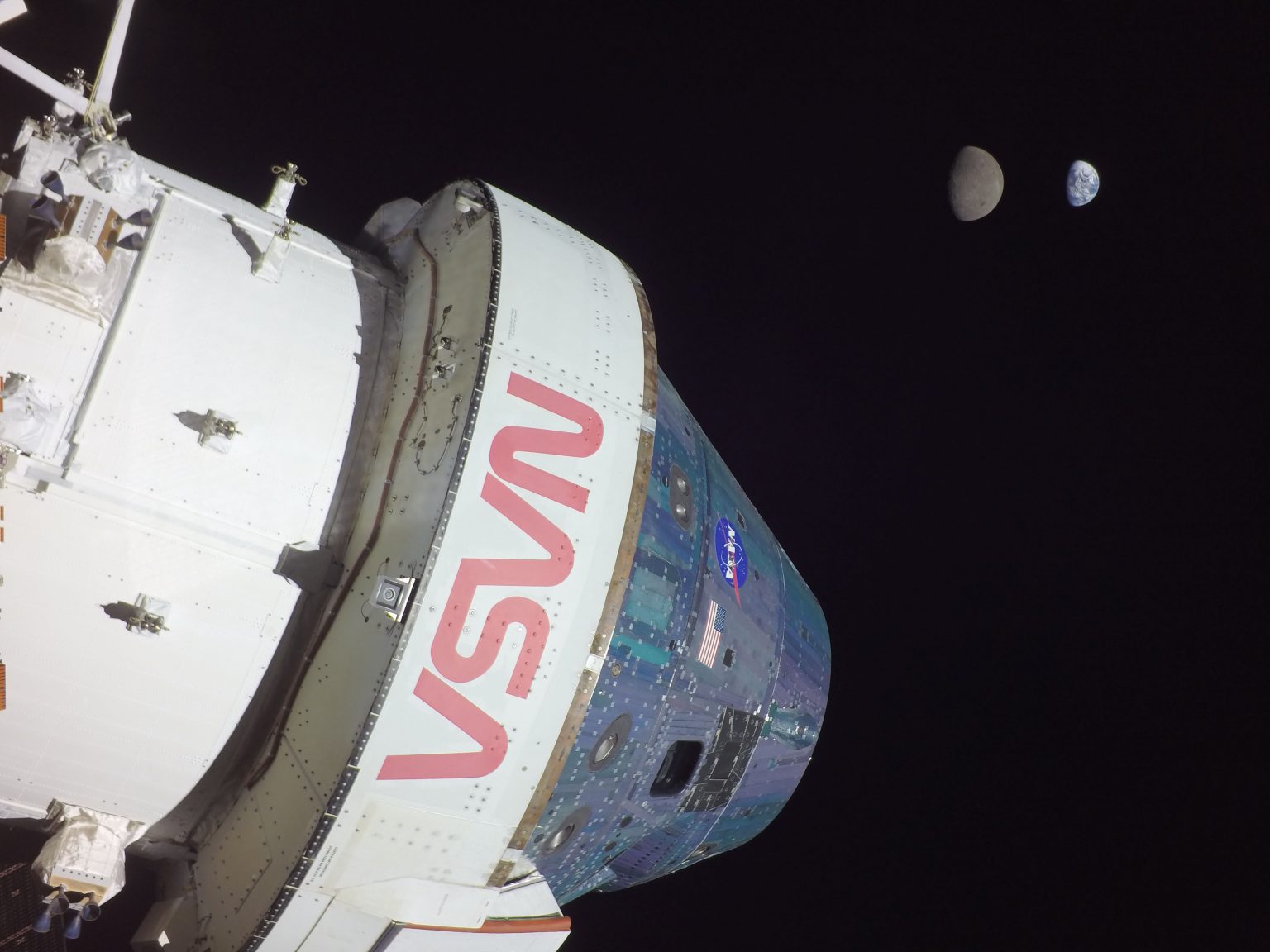 For a half century, Apollo 17 stood the testament of time of being the last to have presence of men on the Moon. Humans have yet to set foot on the Moon or traveled beyond low Earth orbit. The latter may happen in 2024 and then the big return to the lunar surface in 2025. Or would Apollo 17 have been humankind’s – Last Trip to the Moon?  Let hope not, for on this crowded and crazy planet, we could definitely use more space.