Yes, there is a Black New Moon next month and just like a Calendar Blue Full Moon, being the second Full Moon in a calendar month – there will be a Calendar Black Moon in April or the second New Moon on the last day of that month. So, to be clear, the calendar Blue Moon is not really blue, it’s just alluding to the very rare actual Full Moon turned the color blue.

Same thing with the Black Moon, it’s invisible to the eyes because of its proximity to the Sun (except during a Total Solar Eclipse), you dare not look at it or look for it. It’s just a calendar aberration like its imaginary Blue Moon calendric counterpart.

But wait just a minute! Are these so-called Blue and Black Moons really so rare? Not really. They both will occur every two or three years, but not in the same calendar year. Then there are also Seasonal Blue Moons, or an extra Full Moon in a season, being the third out of four Full Moons in a season. This will perhaps be a topic for another day.

Morning Dance of the Planets

Early springtime will bring us a parade of planets as they spin laps around our solar system in the wee morning hours. Venus and Mars have been chasing each other throughout the early part of this year, and will approach ever closer to one another in the middle of March, culminating in a Triple Conjunction with Saturn on March 23rd. The Moon joins the trio on March 28th, making it worth the while to get up and view them all. 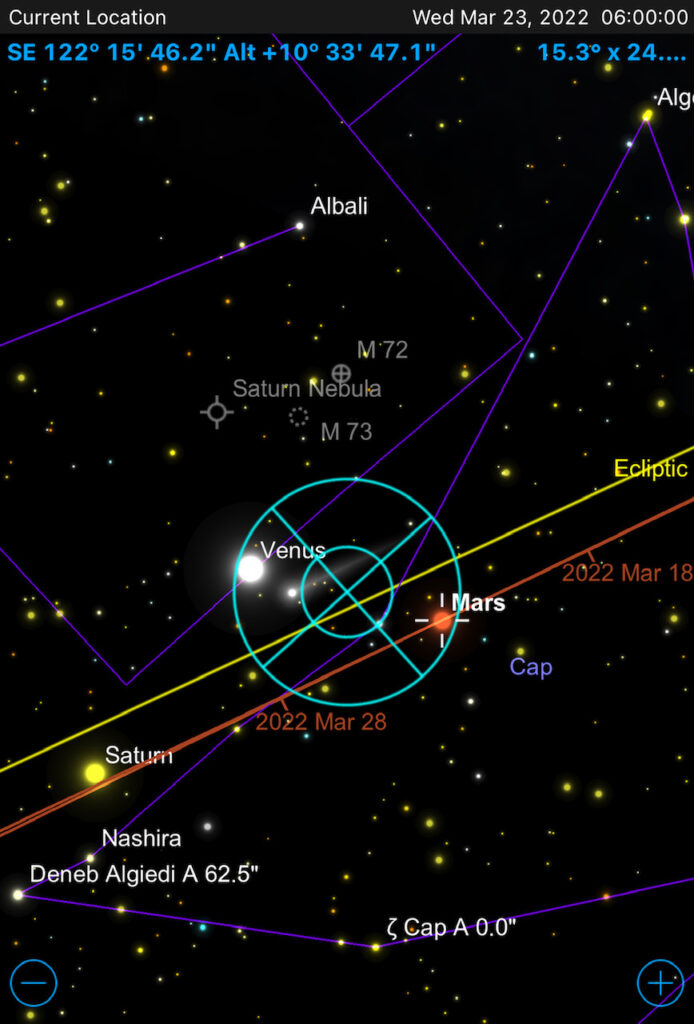 In early April, Venus departs away from both Mars and Saturn – but those two continue their close approach. On April 5th, though not a super conjunction, they will be at an impressive 23 arc minutes (0.38 degrees) apart.

Soon after, Jupiter joins the fray, pairing with Neptune. Those with even a moderate-sized telescope may want to wake up for a chance to see the eighth planet before, on and after April 12th. This will give you a chance to observe the tiny blue dot’s movement past the gas giant planet. 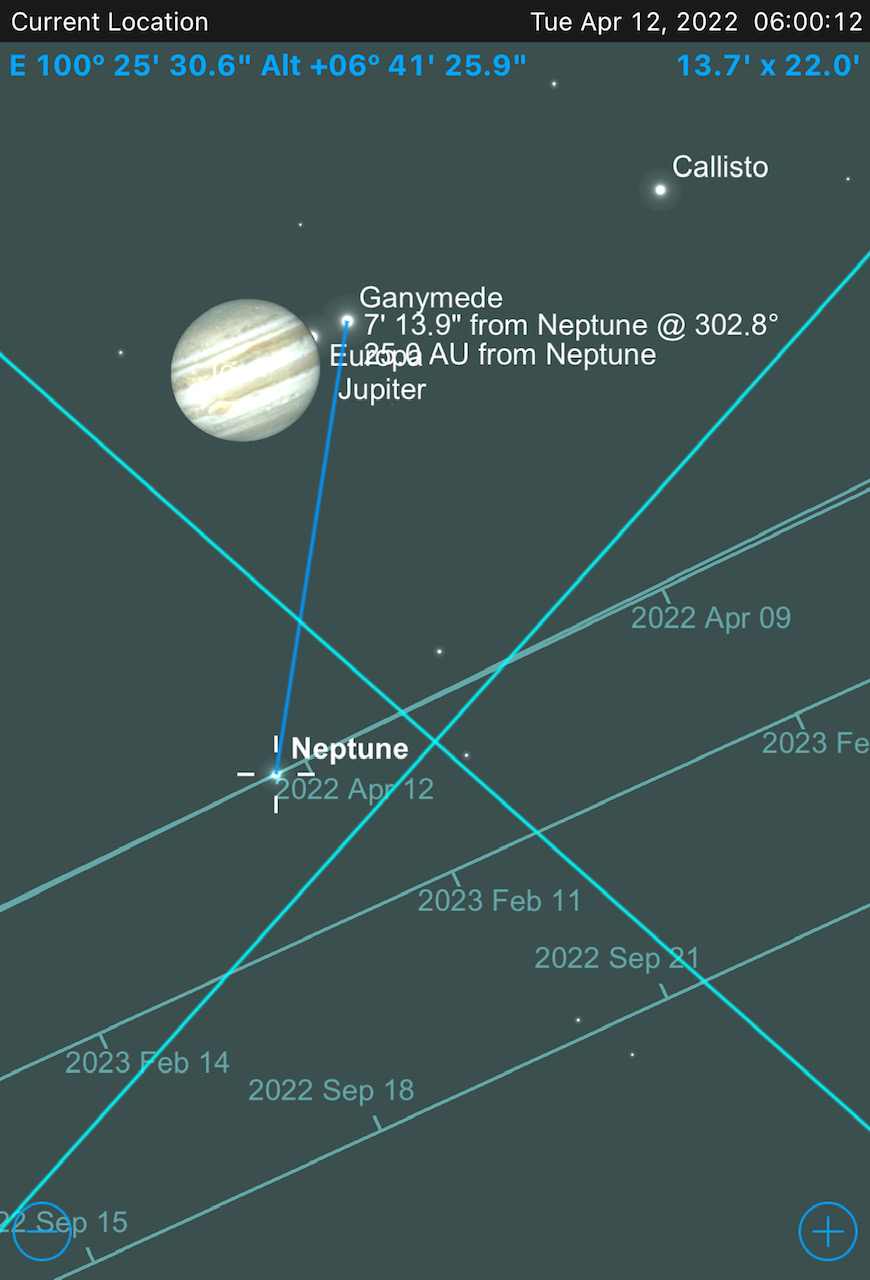 Venus finally catches up to Neptune on April 27th as Jupiter moves on only to encounter Venus for pairing on April 30th. 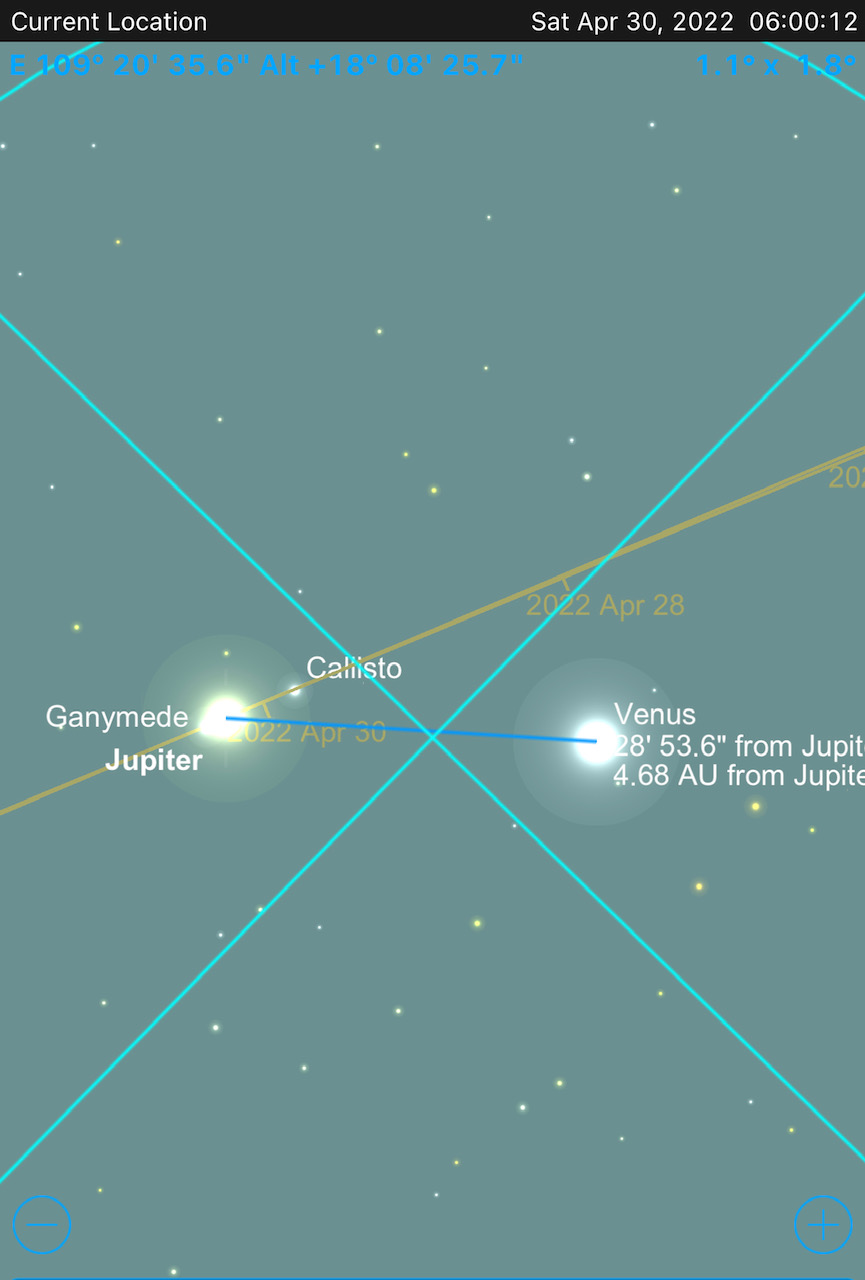 Below is a chart with dates and times as well as degrees (°), minutes (‘), seconds (“) of separation. A PDF version may be downloaded here.

Bringing back the Moon into these astronomical alignments, there will be an occultation on the evening of March 15th. Most observers in the United States will be able to watch Eta Leonis be eclipsed by a waxing gibbous moon. The 3.5 magnitude star goes behind the Moon at 7:51 PM and re-emerges at 9:07 PM

By the end of the year, the action will shift to the evening, culminating with a grand line-up of all the planets visible in the night sky from horizon to horizon. But before that, there will be a few more conjunctions in May, including a total Lunar Eclipse of the Moon.